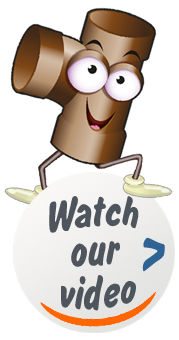 Blocked Cheltenham drains are our speciality!

Simple, in Cheltenham Gloucestershire that’s what we are always happy to do, we always do it right and we do it first time in Cheltenham with unrivalled service and best prices and all with no quibble charges for householders.

What some of our customers in the area say about us…

High power jet was of drains.

“From start to finish Happy Drains provides a friendly, helpful and professional service. Good value for money and accommodating to your availability. I highly recommend their service.”

“Problem sorted quickly and efficiently and useful advice given should we have a problem in the future. Not extra cost added to the original quote- excellent.”

“Mark turned up within the hour and unblocked the drain quickly and efficiently. Afterwards Mark explained what the issue was and how to prevent the blockage from occurring again. I would wholeheartedly recommend this company.”

“It only took the engineer about ten minutes to unblock the toilet and he was scrupulous about keeping everything clean.”

Need a Cheltenham drain repair? – we are the experts.

We utilise the latest ‘no dig tech’ for Cheltenham drains repairs, or traditional repair methods as required, to deliver the best value repairs, whatever the problem.

Our job is to clear blocked Cheltenham drains at bargain prices and safely, we get to you fast and all it takes is just a quick call.

No more whiffy Cheltenham drains after our CCTV cameras suss it out!

As we invest in up to date drainage know-how we aim to solve your Cheltenham drainage problems – fast and fuss free.

With our underground cameras we can investigate the condition of your Cheltenham drainpipes. We will find out precisely what is a fault and then find the best cost-effective solution. You get a comprehensive drain report for your Cheltenham property with a no obligation quotation for any required works, you can trust us to put it right.

“Couldn’t have been happier with the work carried out. Very polite.”

“I arranged this work for my aunt (who is not easy to please), and she reported that the work was done quickly and efficiently by very polite and courteous men. Thank you.”

“Great work, efficient, tidy – were running a bit late but called me up with lots of time to let me know. They were also very polite and informative on what they were doing – Invoice with Photos was great for me to see.”

“I was given a 2 hour slot with the operatives calling me half an hour before they arrived; they were punctual, polite, courteous and carried out the work efficiently and diligently at a property I rent out in west Ealing; they explained after identifying the blockages what needed to be done. I would recommend them highly and would use them again.”

"Efficient service-even answered the phone on a Sunday! Worker was courteous, good humoured and reassuring about the problem. Definitely recommend, Price was as quoted in estimate too."

"Very polite, engaging and helpful man. Clearly knew his job, got on sorted the problem, no fuss no dram. Would definitely recommend without hesitation."

"They swiftly identified the problem, were very patient when I couldn't remember exactly where the main drain cover was under the pebbles on my patio, and quickly located it! Everything left neat and tidy and very pleasant gentlemen. Thank you. I can highly recommend this company."

In or near Cheltenham, GL50, Gloucestershire, the following drainage problems could benefit from a Cheltenham CCTV drain survey...

Clogged or broken pipes in Cheltenham

Failed or broken soakaways in GL50

Build-up of fat, grease, or detergent in Cheltenham drains

We use selected local professionals in the Cheltenham GL50 area.

"This was the second drain company I called after the first failed to find out the cause of the blockage. The service was excellent, the guy used CCTV, found the cause of the blockage was a large wad of wipes, he made sure he removed all the wipes, and thoroughly rodded the drain, he also made sure the area was clean and tidy. Great service, I would recommend this company."

"I could not believe the amazing service. I phoned just before lunch, and immediately received a phone call to confirm they would carry out the job between 3pm/5pm THAT DAY! Just the one man carried out the job , no time wasting. He was polite, and super efficient."

"Arrived within 2 hr window as stated. Carried out the work, tested that it was working, cleaned up and left. Very courteous. Would recommend and use again."